skip to main | skip to sidebar

UPDATE: KIM KARDASHIAN is free to date other men and even have their baby if she wants to. TMZ says the judge has granted her a divorce from KRIS HUMPHRIES. Their sources say Kris doesn’t get any money and each one will pay their attorney out of their own pocket. 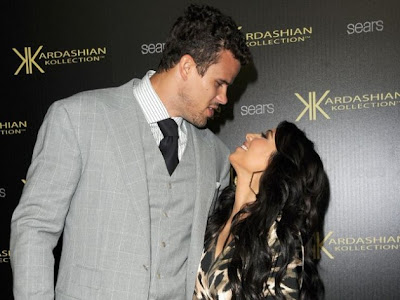 Technically, the divorce is not final, though. The proper documents must first be drawn up and submitted to the judge. Once that gets done the judge is expected to sign off on them, making it official. They have until June 19 to get the docs to him.

SETTLED! KIM AND KRIS REACH AN AGREEMENT: KIM KARDASHIAN and KRIS HUMPHRIES' nearly two-year divorce has finally reached a settlement. TMZ is reporting it will be made official later this morning.

The gossip site claimed yesterday that a settlement was in the works because Kris had finally realized proving fraud, as he was alleging, was going to be way more difficult than he believed.

Radaronline, meanwhile, had reported that Kris was willing to drop his bid to seek and annulment and give her a divorce if Kim was willing to publicly apologize to him. Actual details of the settlement are not known at this time.

BRADLEY COOPER VISITS WITH BOMBING SURVIVORS: BRADLEY COOPER made a surprise visit to Boston Medical Center yesterday and spent time with some of the survivors of Monday's bombing at the Boston Marathon. 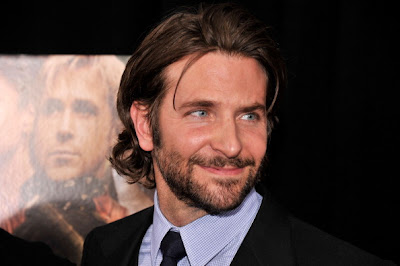 And now, One Minute Inside Tricia's Head: "Damn, you, Bradley Cooper! You really are gonna win me over against my will, aren't you? First the living with your mom thing and now this!"

One of the guys Bradley made time for was Jeff Bauman, shown below sandwiched between Cooper and New England Patriots player Julian Edelman ... 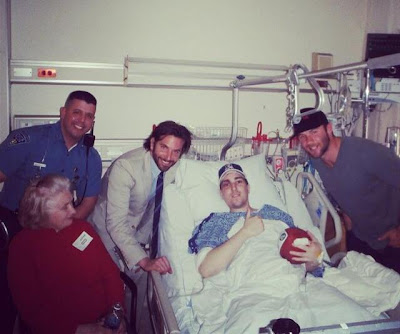 Bauman was waiting among the crowd for his girlfriend to cross the finish line when the first bomb went off. He lost both his legs below the knee in the explosion. (PHOTO)

Minutes before the bombs went off, though, Jeff locked eyes with the guy wearing the black cap in the photos circulated by the FBI. And it was his words upon waking up from surgery that helped the FBI narrow their focus as they reviewed the hours of videos and photos from that day.

According to Jeff's brother, Chris, "[Jeff] woke up [from surgery]...asked for a paper and pen and wrote, ‘bag, saw the guy, looked right at me.’” Then, while still in intensive care, gave the FBI a description of the man he saw.

The hospital later Tweeted Bradley and Julian a thanks, which is how word got out of his visit.


BMC is so grateful for the visits today from Elizabeth @senwarren, Julian @edelman11, and Bradley Cooper to our patients @the_bmc today!
— BostonMedicalCenter (@The_BMC) April 18, 2013

Scott tells RYAN SEACREST in an E! special that airs this weekend, “I think if it’s not broke, don’t fix it. You know what I mean?" adding,  "[Kourtney] was always so not interested. I’ve decided not to be [either].”

Meanwhile ... Kourtney and television's First Family of Reality TV celebrated her 34th birthday yesterday bowling in Los Angeles. Oh, if only they would've taken photos and shared them on Instagram! Kidding!!! Of course they did ... 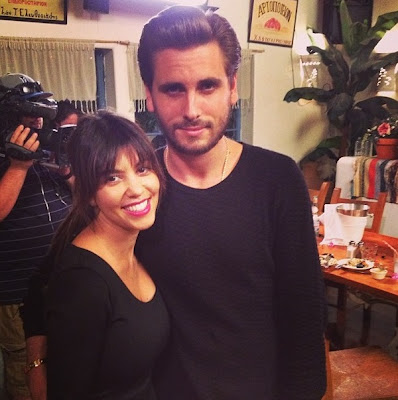 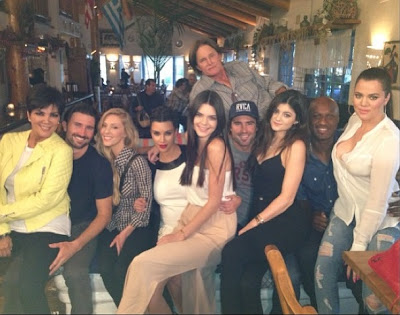 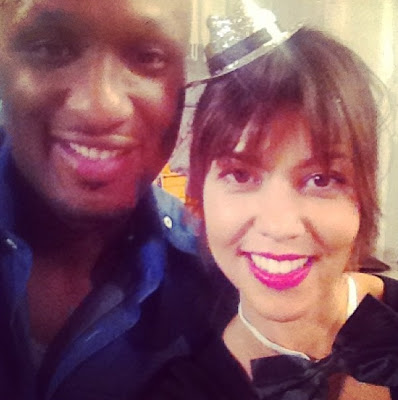 LOHAN LUNACY: Every time we see pictures of LINDSAY LOHAN'S bare legs, they're covered in bruises. Like these new photos of LoHo shopping in Venice Beach that hit the web yesterday. (PHOTO) (PHOTO)

So what's the deal? Sources say Linds is telling friends she bruises easily because she doesn't drink enough water. Odd. Because it seems like I see photo after photo of her holding clear plastic water bottles. Things that make you go, 'hmmmm.' 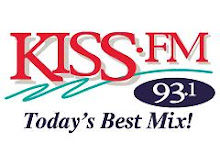 Back To Mike & Tricia 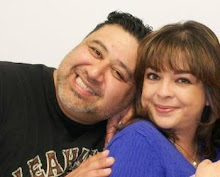 Stuff We Talked About On The Show